For four packed days (and nights) from April 6th to 9th, close to 200 archivists, curators, scholars and artists gathered at the Library of Congress’ Packard Campus for Audio-Visual Conservation in Culpepper, VA for the tenth iteration of the Orphan Film Symposium. Participants representing institutions throughout North America and more than 16 countries convenedat the LoC’s state-of-the-art facilities (and in-house art deco-style theater), in what is surely a place of pilgrimage for any film lover amidst the rolling hills of North Virginia. Dedicated to screening, studying, preserving and disseminating a wide variety of non-theatrical, educational, industrial, commercial and otherwise “non-canonic” genres of moving image art and craft, Orphans has steadily become an institution that assembles an intersection of archival, theoretical and historical perspectives every two years, under the auspices of New York University’s program in Moving Image Archiving and Preservation whose graduate students curated (and blogged about) the eclectic program of speakers, screenings, performances and other events. The LoC’s Mike Mashon and NYU’s Dan Streible served as genial hosts and MCs/VJs for the occasion.

What is particularly noteworthy about recent iterations of the symposium (the last one was held in the brand new premises of the EYE Film Institute in Amsterdam) is the increased visibility of Digital Humanities projects and approaches to film preservation, research and programming. The advent of Digital Humanities methodologies in the field of film studies – as testified by a forthcoming  conference dedicated to this intersection – has provided a welcome departure from the DH status quo of primarily text-based projects that, however worthy, take advantage of only a fraction of the possibilities of digital technologies to analyze duration, visual patterns and cross-media relations. A quick overview of the program provides a representative state of the field in curatorial and research initiatives that utilize online platforms, digital preservation and other cutting-edge tools to bring often neglected but culturally important sights and sounds to the public’s attention.

The theme this year was the technological and artistic dimensions of film sound and several presentations considered issues of synchronization, highlighting the detective work it often takes to reunite archival film footage with its audio track. George Willeman (LoC) and Jerry Fabris (Thomas Edison Historical Park) provided a case-in-point with their digitization and re-synchronization of Edison Kinetophone cylinders and films, the earliest and best known of which is W.K.L Dickson’s Experimental Sound Film (1895). The introduction of synchronized sound in European film production and the variety of technologies deployed by different companies was the subject of contributions by Anke Mebold (Deutsches Filminstitut), independent scholar Stephen Bottomore, and Hilde D’haeyere (U College, Ghent). Using examples drawn from dance films, home movies and operetta film recordings, presenters discussed the challenges and opportunities afforded by digital synchronization techniques, especially when it involves collaboration across institutions and formats. 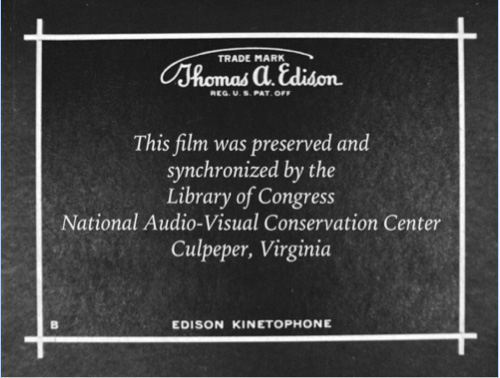 A different but no less logistically complicated effort by Robert Anen and Ina Archer (NYU) focused on performance snippets of noted British stage actors, recorded to showcase Fox Movietone’s sound-on-film process in 1928. University of South Carolina’s Moving Image Research Collection is working on digitizing Movietone News and their equally interesting outtakes. MIRC’s rich holdings were the point of departure for Evan Meaney’s and Amy Szczepanski’s “desktop documentary” Big_SleepTM (2015) which uses an encoding session and evocative voice-over to reflect on bit-rot, digital migration and obsolescence in “a video collage of saving and letting go.” Greg Wilbacher of MIRC drew attention to newsreel coverage of Charles Lindbergh’s transatlantic flight and the events around it, demonstrating how sound and outtakes can help shed light on historical events that everyone thinks they knew everything about.

One of the earliest and best known film preservation projects brought together the Library of Congress and the Academy of Motion Picture Arts and Sciences to rephotograph hundreds of paper print records of early motion pictures, in almost all cases the only surviving records of the initial development of the medium in the United States. Since the 1950s this collection has been scanned, telecined and now digitized a number of times; Alexis Ainsworth and Ken Weissman (LoC) presented the latest iteration of this project (also featured on last year’s Mostly Lost Film Identification Workshop). A focus on sound does not mean neglecting the visual dimensions of orphan film, including color – a topic that has received renewed attention in recent years with a number of publications, conferences and preservation initiatives on both sides of the Atlantic. Joshua Yumibe, Ulrich Ruedel and Heather Heckman touched on many aspects of the coevolution of color and sound in motion pictures, a process also documented in such DH projects as the Timeline of Historic Colors, and visualized in the Movie Barcode. 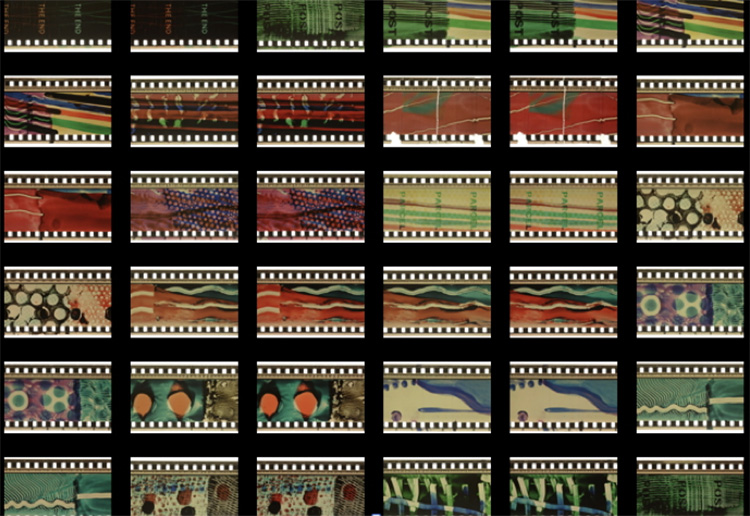 Broadcasting was particularly well represented  in the symposium with two significant recent projects of national scope, the Radio Preservation Task Force and the American Archive of Public Broadcasting sharing best practices in digitization and metadata, as did other consortial and collaborative projects like Pacifica Radio Archives and UCLA Film Archive’s LGBT Research Portal. The University of Georgia’s Walter J. Brown Media Archives & Peabody Awards Collection has taken a leading role in digitization (as exemplified in their case study included in the recent FADGI guidelines) and Margaret Compton used Wedding on the Volga (1929) as an example to highlight how research on and restoration of a single film can draw on multiple DH platforms, including ones not directly related to cinema.

Performances and multimedia presentations harnessed both digital and analogue resources to revitalize old educational films with new live soundtracks (Andy Uhrich and Josephine McRobbie), provide an exhaustively researched guided tour of sound technologies in the motion picture industry (Robert Git and Robert Heiber’s Century of Sound Project) and compile extracts from more than 200 films into a poetic evocation of communication technologies and the image’s place in them (Manu Luksh and Martin Reinhart’s Dreams Rewired). Equally feted for her creative re-appropriations of archival material was Sacha Waters-Freyer, this year’s Helen Hill Award recipient, who shared examples of her past and forthcoming work. 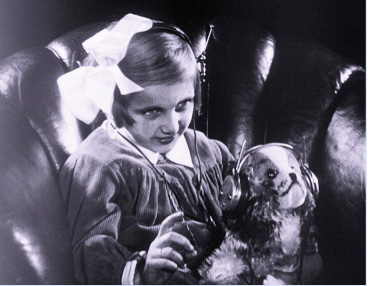 The final day was filled with an international array of projects bringing together archives, universities, nonprofits and preservation companies. The increasingly pressing issue of archiving digital information (including software, video games and digital art) was brought to bare in papers delivered by David Gibson (LoC), Gregory Zinman (Georgia Tech) and independent archivists Robin Edgerton and Andrea Callard. Thinking about the long term sustainability of orphan works must certainly include unconventional formats and unwieldy artifacts like commercial film leaders, optical sound films or the treasures included in the Nam June Paik Archive. Researchers from Austria and Argentina shared their recent audiovisual discoveries, while representatives of the Smithsonian, the Academy Film Archive and Indiecollect concentrated on independent cinema, as showcased in notable DH ventures like the Digital Dilemma and Pioneers of African American Cinema.

The Symposium concluded in downtown Culpeper’s State Theater with the ultimate potluck screening of gems culled from archives around the world, and the world premiere of a 2K digital scan of Andy Warhol’s Drunk (1964). Here’s hoping that this meeting between technology and the archive, digital tools and audiovisual heritage that was on such brilliant and abundant display on Orphans X can continue to proliferate and find venues as hospitable as the Library of Congress’ film temple at the foothills of the Blue Ridge Mountains.

Dimitrios Latsis is film archivist and curator and currently the CLIR-Mellon Postdoctoral Fellow in Visual Data Curation at the Internet Archive in San Francisco, CA.