The recent OCLC report, “Does Every Research Library Need a Digital Humanities Center?”, unfortunately represents digital humanities scholars and librarians as encompassing completely separate camps, one where the libraries are doing the supporting, while the scholars are doing the research.

Many librarians (or “hybrarians” such as myself) instead see libraries as not just supporting projects, but taking an active and collaborative role in such projects, This could take the form of providing initial exposure and training in these tools and methodologies, helping with project management, or contributing original research, writing, and/or media.

While MLA happened a month before OCLC released its report, the group’s discussion of DH scholars and librarians did give me a frame through which to view my experience in Chicago. (I’m not the first to write about this in relation to MLA. Patrick Williams wrote an excellent post over at dh+lib.)

Going to MLA (or at least following the tweets) can give librarians a good sense of what could be "coming down the pipe" in terms of research questions and projects that people will be asking support for as these conversations filter out into conference papers, dissertations, digital projects and the like. While there was plenty of that to be gained, I was especially interested in an unexpected alignment that had nothing to do specifically with librarians, but that put librarians and scholars on equal footing, or at least had them asking the same questions, giving a space for potential collaboration.

All of these events were framed by questions of preservation and accessibility of born-digital content, one of the most pressing issues facing libraries and archives today. For the Pathfinders exhibit, as well as for the practitioners and scholars of electronic literature, this question is paramount, as not just the works but also the experience of the works hinge on specific forms of software and hardware. These could be pieces created in the 1980s with software and hardware no longer supported and/or accessible, or written now using Flash (a topic explored by a specific MLA panel), a language that is rapidly becoming unsupported, even by its creator, Adobe. In 30 years, will we be able to view works written in Flash?

These questions offer an avenue for artists, scholars, librarians, and archivists to collaborate to ensure that scholarly and creative works can be accessed in the future. While any preservation strategy has risks, one very unfortunate dimension of the exhibit decisively showed the risks of relying on hardware preservation alone. Grigar shipped a number of computers from her lab at Washington State-Vancouver, including 1980s-era Apple computers. A number of them, though, were destroyed in transit, demonstrating the critical need for a multi-pronged approach to questions of born-digital preservation generally and, moreover, works like those of electronic literature that are actively shaped by the very platforms in which they are both written and read. 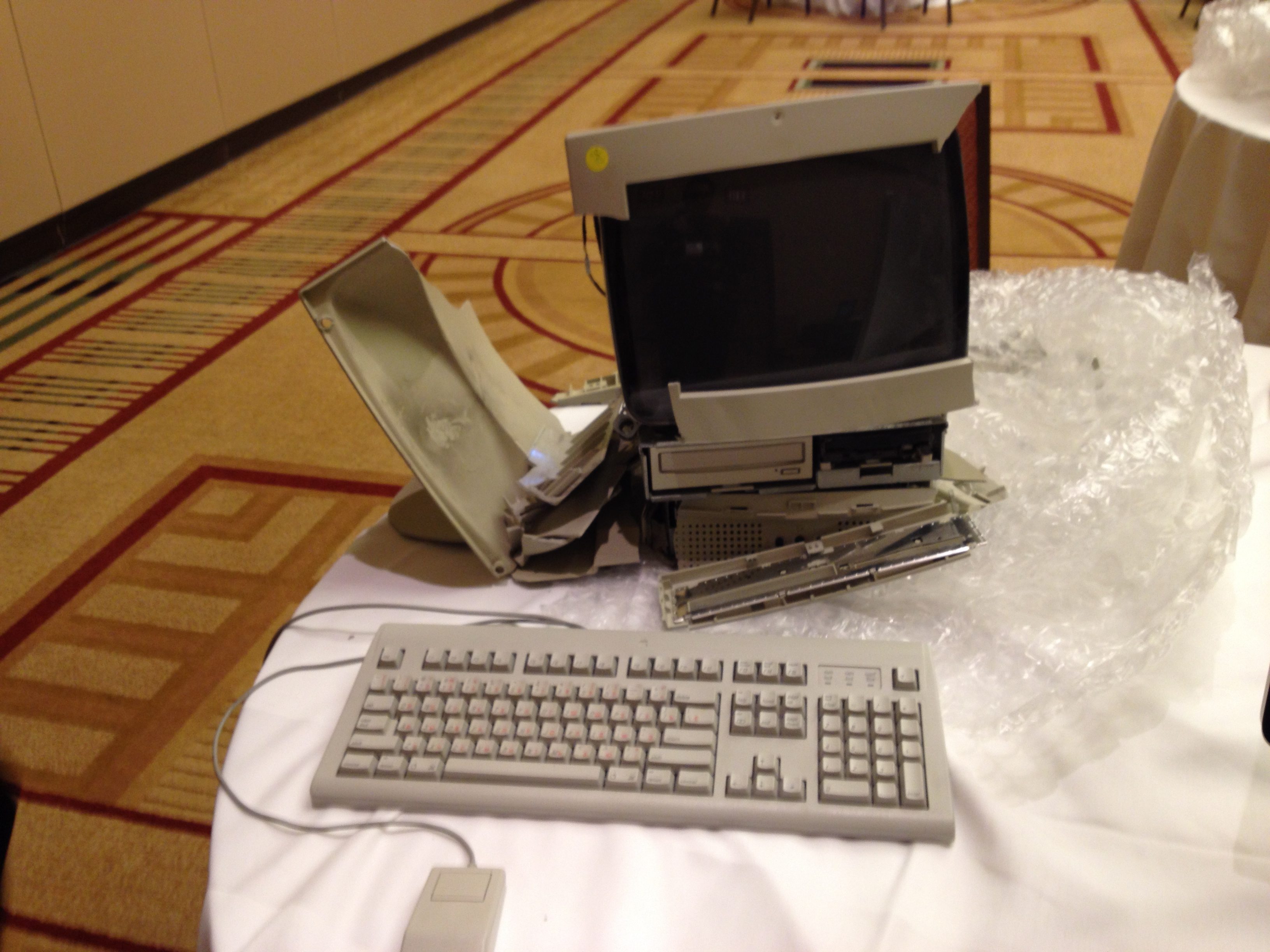 The formal and informal discussions around “Pathfinders” and its related events might best be characterized as building a boat that’s already in the water. We have all this stuff that needs preservation to ensure its accessibility, but it can’t be just one group (scholars, artists, archivists, and those who fill all these roles simultaneously) figuring out how to do this on their own.

Justin Schell is digital humanities specialist and CLIR Postdoctoral Fellow at the University of Minnesota Libraries.